What is the GET season? 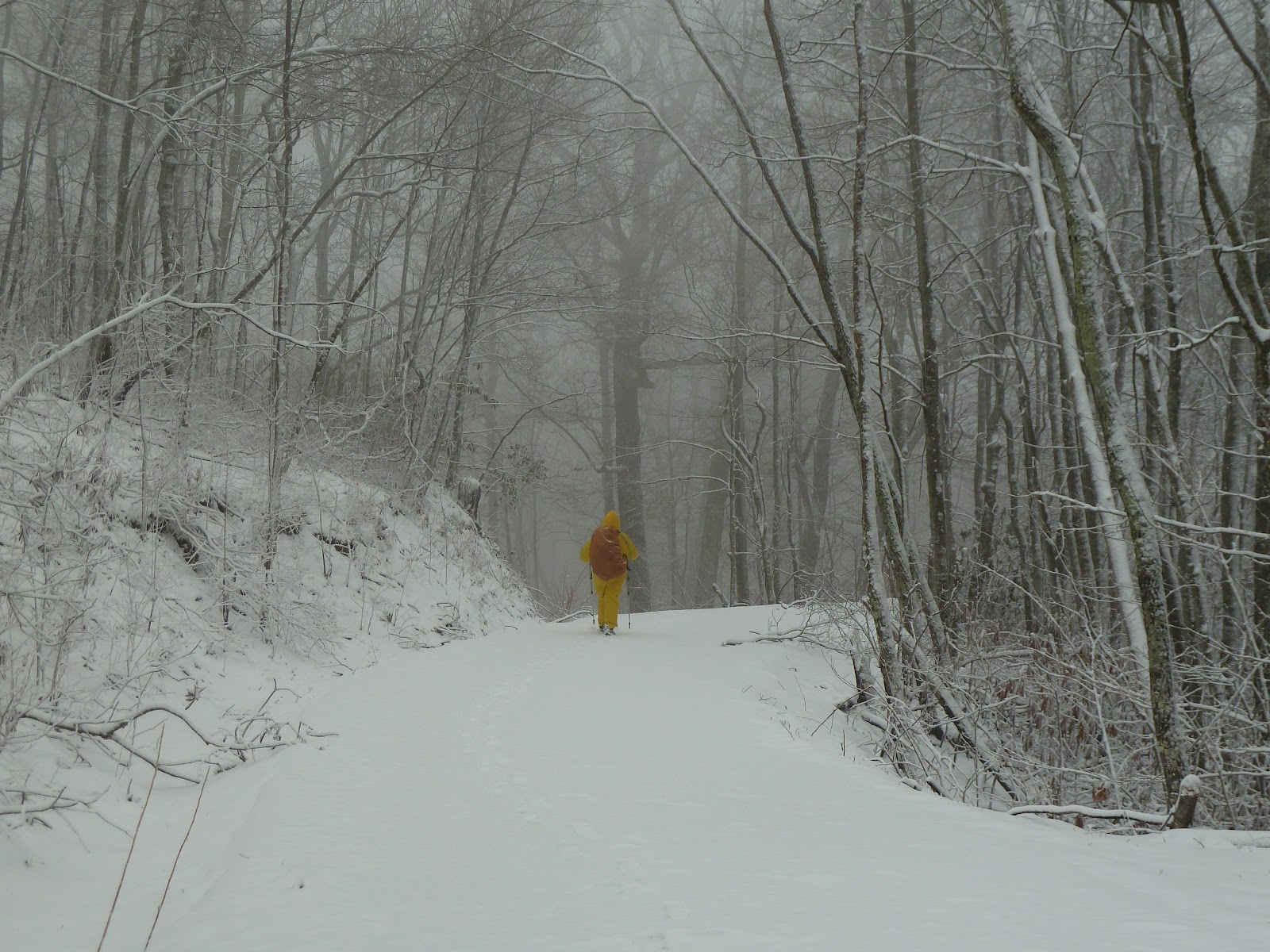 One question I get asked a lot by prospective GET thru-hikers is, "What time of the year should I start a GET thru-hike?"

There are dozens of considerations when choosing between a northbound and southbound hike, but the biggest consideration of all, the weather window, is still untested.

Northbound:
Bart and I began the hike on January 10th, 2013. We had no idea how lucky we were.  We had three or four snowstorms for a couple weeks total of snow-hiking.  We had only five days of what I would consider dangerous weather conditions.  We also had five zero days (at least) due to snow/dangerous conditions.  All in all, that wasn't too bad -- but only because 2013's winter wasn't like 2015's.  If 2013's winter had been like 2015's, I don't think we would have made it.  Despite our dedication, I really think we would have had to bail.

Stuart and Taylor started February 1, 2014 and still ran into rough conditions - Kentucky in particular.  Kentucky seems to be the Smokies of the GET - with high elevations and being relatively far north, you can't hit Kentucky too early or it will be miserable.  (Will this assessment hold true, or was it just the four of us who ran into extreme weather in Kentucky?  Time will tell.)  Their start date was way smarter than ours, but still might be too early for most hikers.

The danger of waiting too long to start a northbound hike is that you're in the south for a longer time than, for example, on the AT, so it might become hard to out-hike the heat and stay in spring.

Southbound:
There has been no southbound attempt so far, but this should be the year.  It will be interesting to see how the weather is!

When Bart and I hiked the western route of the GET (PA - MD) in June-July 2014, it was ridiculously hot, so an early summer southbound attempt is not for those skittish of heat.

I'd recommend a fall southbound attempt.  Assuming a four-month thruhike (your mileage may vary), it likely means an August start.  August in New York and Pennsylvania might be pretty hot.  So what's the magic date?  What date strikes a good balance?

Email ThisBlogThis!Share to TwitterShare to FacebookShare to Pinterest
Labels: kentucky, preparation, then we almost died, weather